Better Bags was created in 1985 with the idea of becoming the leader in
supplying grocery stores who want a high-quality, easy-to- open bag. Quite
literally, stores wanted a “Better Bag” for their customers. Better Bags delivered.

Rafael Alvarado came to America after leaving Nicaragua, with a stop in Costa
Rica. He had experience in manufacturing bags in Nicaragua and Costa Rica,
but he engineered a unique bag dispenser which effectively self-opened the bags
as they were dispensed. From this idea, he and two investors founded Better
Bags.

Alvarado became a US citizen in 1995, missing a meeting with former president
George HW Bush in order to attend his swearing-in ceremony. He bought out his
former partners and has continued to grow the business through innovation and
relentless focus on the customer.

Never having the cheapest but rather the best bag for consumers has always
been the driving force within Better Bags. With numerous patents protecting the
unique, customer-focused products and dispensers, the company has superior
products with one focus in mind – the end user, the grocery store customers who
is tired of fighting to open bags just so they can purchase their produce, meat or
seafood. The EZ Open system decreases the time used on loading the bags,
thus customers concentrate on loading rather than fighting the bags.

Just like the typical customer, we get annoyed and frustrated when we are in a
supermarket and the bags won’t open. We see people lick their fingers to open
bags, pull extra bags from the dispenser because they don’t dispense properly
and in general struggle to open and use the typical bags. While the grocery store
saves a fraction of a penny on each bag, the real price they pay is unhappy
customers. Grocery stores who use Better Bags products are willing to pay a
premium to make their customers’ shopping experience better. Our bags self
open, they dispense efficiently – simply put, they “work” for the customer. And no
one has to lick their fingers to open them.

From a simple idea, the business grew both geographically and in product
breadth. Today, we serve premium supermarkets throughout the US with a wide
variety of standard and custom-printed bags, found in better produce, meat,
seafood, bakery and deli departments. We still sell some of the original products
first produced by Better Bags back in the 1980’s, but we also continue to
innovate and introduce new products, like our Press ‘N Pull™ with Kleen
Sleeve™ (another patented Better Bags invention) and the innovative Load ‘N
Tie™ bags. 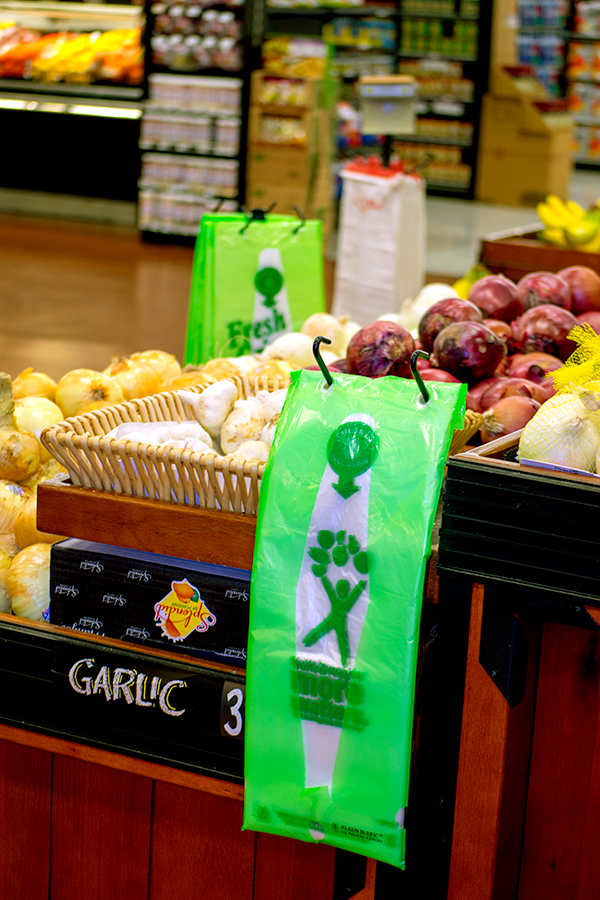